The Biopic is not a new Hollywood phenomenon. Since the dawn of moviemaking, there has always been a market for films that devote their narrative to the lives of singular people. Previously, this could often be for propaganda purpose. Totalitarian regimes loved making state sponsored biopics of influential political or military figures, for example, the 1934 Russian movie Chapaev, about the war hero of the same name.

Whether the film industry still exists to push a political agenda is a debate for another day (let’s not go there), but it’s safe to say that biopics now serve chiefly as acting vehicles for stars in search of an Oscar. Pictured above are three performances that have been richly rewarded. Renee Zellweger is on track for a complete sweep of awards season for her role as Judy Garland, culminating in an Academy Award in just under two weeks. Rami Malek was the victor of last year’s Best Actor gong for portraying Freddie Mercury in Bohemian Rhapsody. and Taron Egerton, while surprisingly snubbed at the Oscars, won a Golden Globe for his performance as Elton John in Rocketman.

Biopics are certified awards magnets. Three out of five of last year’s Best Actor nominees starred in them, and the same is true of this year’s ceremony. To be clear, by biopic I don’t simply mean the portrayal of a real life figure in any movie, but a film that trades on being a singular account of a notable figure’s life, or at least a portion of it. I would not class last year’s Green Book or The Favourite as biopics per se, as their narrative extends beyond their lives. These are usually based around ensembles or events surrounding the characters, and the movies usually act as historical evocations rather than a character study. Judy, for instance, pivots on the events in its Garland’s life. Supporting players take a backseat and any sense of catharsis is dependent on the audience’s singular identification with that one person. They are also more likely to trade on the recognisability of its lead. Everyone knows Judy Garland, Freddie Mercury and other recent examples like Cynthia Erivo’s Harriet Tubman. Posters usually place them centrally and the name of the film is a direct reference. The example of Green Book involves less recognisable figures (while Don Shirley will have some fans, he’s hardly a household name, and Viggo Mortensen’s Tony Lip was certainly no famous face). 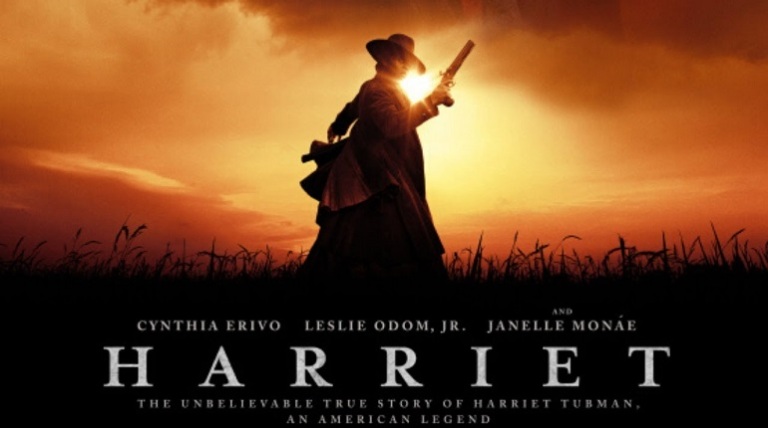 (The poster for Harriet. The image places Tubman right in the centre. The title is her name and the tagline sells the film as the story of her as a historical actor)

Because direct biopics are solely about a singular figure who everyone knows, they’re golden roles for actors for several reasons. I like to see that a biopic performance has 5 steps. For the purposes of this point I shall use Gary Oldman’s performance as Winston Churchill in Darkest Hour, a role for which he eventually won an Oscar. First, the actor is announced as being signed to portray the figure, and audiences usually react with trepidation and uncertainty. “But Gary Oldman looks nothing like Winston Churchill!”, they exclaim. Then, in November 2016, almost a year before Darkest Hour’s premiere, a first image of Oldman is released in the film, and the internet explodes. If I’m honest, the moment I saw Oldman in this picture I knew that he would win the award the next year. It was perfectly timed and the biopic trend had been established as an Academy favourite. Oldman under a tonne of prosthetic makeup was officially an awards season certainty. If in doubt, you know you’re witnessing the birth of an Oscar winner when the trades label the star as “unrecognisable”. The final three steps are classic prestige picture fare. The film premieres at a major festival, in this case Telluride, and the central performance is the only thing on reviewers’ lips. Despite incredible critically acclaimed performances from teen star Timothee Chalamet in Call Me by Your Name, Oldman was moved straight to the top of prognosticators’ lists come awards season. Next, Oldman toured the late night circuit talking about his process in preparing for the role. Finally, he’s on stage with an Oscar, a Bafta and everything in between. 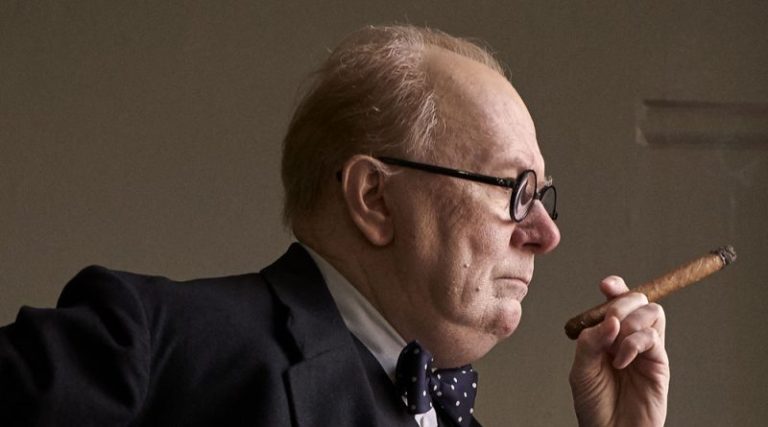 (First look of Gary Oldman in Darkest Hour aka, the moment he won the Oscar a year later)

I think I’ve illustrated this point enough, but in truth, the predictable process that not only defined Gary Oldman’s campaign but also Malek and Zellweger is dull to say the least. There are a huge number of truly spellbinding performances each year that deserve recognition so to bow to the repetitive biopic campaign feels lazy and sucks the air out of what should be nail biting competition. I suppose the real question is whether performing in a biopic harder than in other films. Maybe I’m biased but I’ve always been of the opinion that the opposite is true. In truth, once the actor has managed to imitate the individual critics are falling over themselves with praise. It is my view that part of a performance is found in the quality of the script, and due to the formulaic nature of the modern biopic (partly due to the fact that they’ve come such award machines at this point; why put in the effort?), actors are often saddled with frankly dull plotting. In a year where Zellweger is destined to win, Scarlett Johannson delivered an outstanding performance in a film where she was also given some of the best lines to read, courtesy of Noah Baumbach. The marriage of fantastic acting with equally fantastic screenwriting makes the best movie magic. That writing is almost never found in biopic material.

There’s also something to be said about the fact that performances of original characters have to build an individual from scratch. That’s not to say that those playing real life people do bad work and are completely unworthy, but usually, the opposite is said. It is the opinion of many in the industry that biopic performances are the hardest roles to play. It’s a simplistic conclusion that’s doing nothing but leading to more biopics as any actor worth their salt phones their agent and demands to be in the next film about *insert monarch, political figure or singer here*. More biopics means more repeats of the same formula, and Hollywood already has enough of a problem in the repetitive film department.

This piece isn’t going to end the reign of the biopic. Renee Zellweger is going to win the Oscar next week and there are plenty of releases this year. Jennifer Hudson is notably playing Aretha Franklin in the upcoming release Respect. If the movie receives even moderately good reviews (60% on Rotten Tomatoes or above), look for her to be nominated next year. I hate to say you’re predictable Hollywood but…