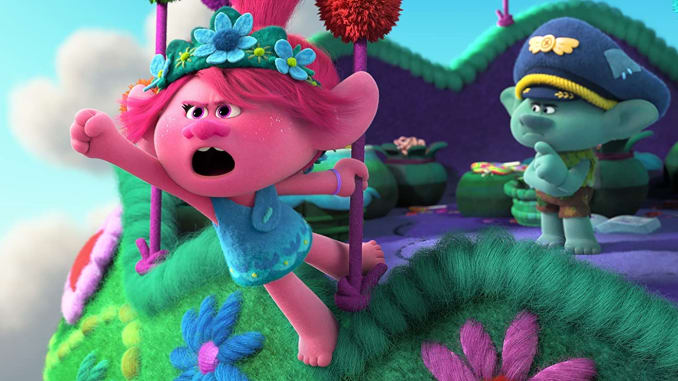 Who would have thought that out of all the films being released in 2020, it would be Trolls: World Tour, the sequel to the moderate animated hit back in 2016, that would potentially change movie-going as we know it. Indeed, Universal took a risk this month in releasing the film straight to digital platforms in the week of mass closures due to the current Coronavirus Pandemic. But in the end, the gamble paid off. Trolls 2 dramatically exceeded streaming expectations, quadrupling the previous digital download record for the studio, despite the £15+ price.

It’s a game changer for the film industry, and until this week, it seemed as though its biggest legacy would be a shorter window once cinemas reopened between theatrical release and home video. Despite the success, many were convinced that lockdown measures in both the US and abroad inflated the potential of the film, something unlikely to become the norm once things eventually get back to normal. But it promised to make digital downloads a more prominent part of the business, leading many to pontificate about whether the multiplex would be reserved purely for blockbuster entertainment in the future.

But in a shocking admission, NBCUniversal head Jeff Shell announced that once cinemas reopened, Universal studios operate a policy of simultaneous release on both theatrical and home platforms, leading to a reaction from AMC Theatres that has shocked film-goers. Adam Aron (who also owns Odeon Cinemas in the UK) announced that Universal had breached the “business model and dealings” between the two companies, warranting a ban on films from the studio when the pandemic ends.

As could have been expected, Twitter exploded at the news. The logical response is to see AMC’s move as the height of pettiness. What’s the advantage of protesting a studio disadvantaging you by cutting them off completely? Is that not the definition of cutting off your nose despite your face? But in fairness, the move from AMC is understandable when looking at the wider contexts of the past decade and the rise of alternative viewing experiences. There has been grumbling for some time now about the decline of theatrical exclusivity. Only last year, cinema-going purists like Steven Spielberg were under fire for suggesting that Netflix films should be ineligible for Oscar contention. It’s inevitable that in light of uncertainty surrounding future releases due to Covid-19, theatre-chain owners like Aron will be on edge concerning the future of their business.

It’s also fair to argue that the move from NBCUniversal is nothing short of cynical profiteering. In fact John Fithian, who leads the American National Association of Theatre owners, accused the studio of using the Pandemic for their own gain. Due to the need to pay cinemas for screening films, studios don’t get full profits for their releases, and thus digital releases offer opportunities for greater revenue. It’s cutting out the middle man to the extreme, and now that Trolls has proved even remotely successful, it’s not surprising that they’re jumping at the opportunity to alter their release model.

It’s thus clear that Covid-19 has simply lit the fuse on a feud that’s been brewing for a while. Theatre’s are nervous at their declining influence, and in the age where making a billion dollars at the box office is more important than ever, studios are doubling down on removing the age old cinema from. their payroll. When this pandemic is all said and done, it’s now clearer than ever that the movie industry will never be the same.